The Peddler of Stories Ongoing - 4 months ago

Motu Chacha is an obese story teller who rides through the desert on his disgruntled old donkey. He stops at villages en route, to tell tales and hence the title ‘The Peddler of Stories’. While narrating these tales to the children of the village, he spots a kind-hearted child in the audience and with his magical powers, makes this child a part of his adventure who consequently becomes the hero of his story. In ‘The Peddler of Stories’ ‘Ramadan’ a brave twelve-year-old is the hero. The young lad is naughty but kind. Like any twelve-year-old, he is curious about the forbidden and is on a perpetual voyage of discovery; from overhearing conversations about Hooris in the Kismet Saloon, to his love for adventure; from his disdain for his school master, who he considers an incarnate of the devil, to his fear of his Abbu, who has warned him to curtail his mischief or be sold to the sheik as a slave.

For the past 5 years, Sunil has been working as a consulting grant writer and communications (C4D) specialist with various NGOs in Mumbai, Kolkata and Delhi. Prior to this, for almost two decades, he travelled across India with his camera and pen to delve into the symbiosis between people and their cultural roots, their belief systems, their environment and the political clime that affects every other parameter in the developmental sector. He also ghost-writes for wannabe authors and his travel stories and images have been featured in several major national and international magazines and guidebooks. He has authored 11 books on art, culture and travel.

Number of Chapter in The Peddler of Stories 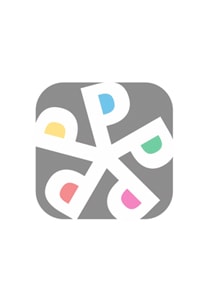